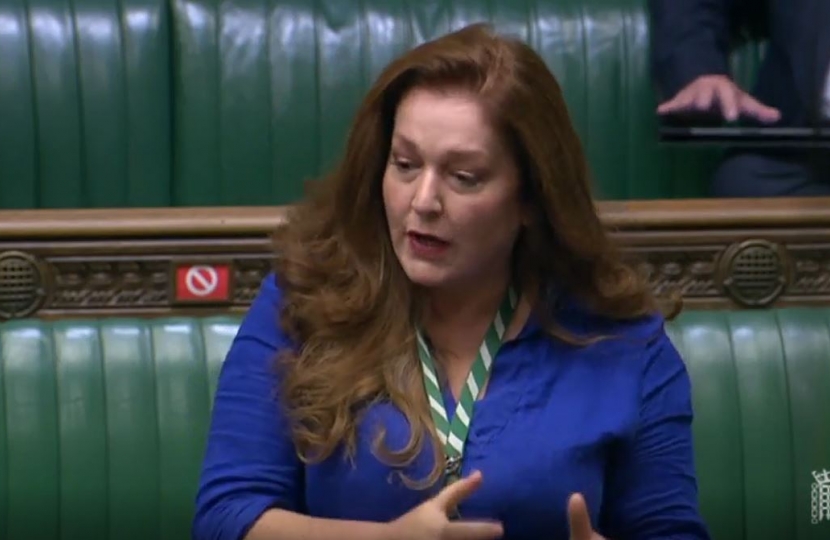 Jane Stevenson, MP for Wolverhampton North East, has urged the Government not to forget those people who were already unemployed before the coronavirus pandemic.

Speaking to Work and Pensions ministers in the House of Commons yesterday (14th September), Jane said that despite record levels of employment in the UK before the virus hit, there were areas including Wolverhampton which had high levels of unemployment.

Figures for those in receipt of unemployment benefits, including Universal Credit, in March this year showed a rise in the claimant count in Wolverhampton by 280 to 10,420. This was equal to 6.4% of the working population.

The Government has announced that it plans to double the number of work coaches in Jobcentres, with adverts going live in the Black Country next week.

Jane said: “The Government oversaw record employment at the beginning of this year, but even in that buoyant labour market there were areas of high unemployment including in Wolverhampton North East. How will the Government make sure that those people struggling to find work before the pandemic are not forgotten over the difficult months ahead?”

In reply, Employment Minister Mims Davies MP said: “Our Jobcentres have remained open throughout the pandemic, making more than 250,000 calls a week to claimants to help them look for work and supporting those vulnerable claimants face-to-face.

“The Department for Work and Pensions is doubling the number of work coaches in our Jobcentres, with the first wave of adverts going live last week. I can confirm that recruitment in Wolverhampton is going live next week. Work coaches are at the core of our employment offer, and this new increase will provide all claimants with tailored local support that they need.”