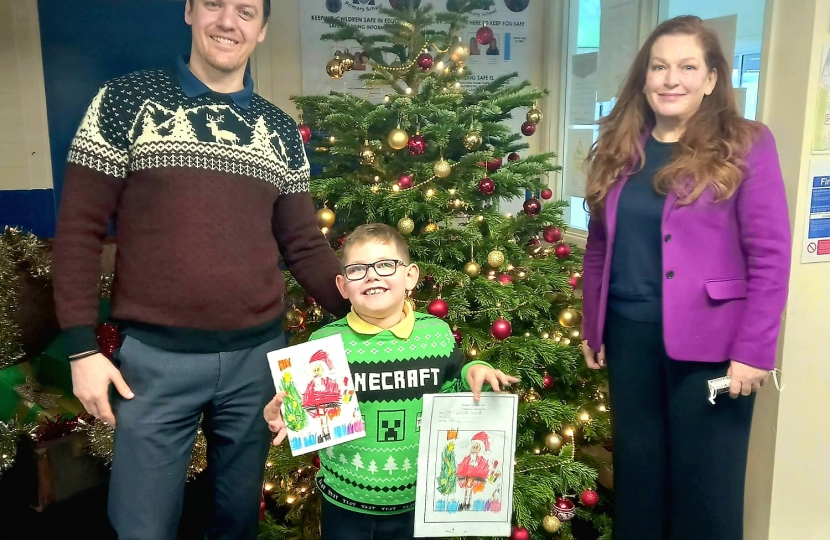 Jane showed the winning design to the Prime Minister Boris Johnson in Parliament, who was very impressed with Vinnie’s drawing and colouring skills.

Each of the highly commended pupils will have their design featured on the back of the card, and they were also presented with prizes by Jane.

Jane said: “I am absolutely delighted to announce that Vinnie Stonier, in year 2 at Northwood Park Primary School, is the winner of my Christmas card competition. His design was full of joy and colour and I really loved it. Well done, Vinne!

“I showed the winning design to the Prime Minister last week in Parliament. He thought it was excellent and sent his congratulations to Vinnie. The card will be sent to MPs from all parties in Parliament, and lots of important people in Wolverhampton too.

“I popped into Northwood Park to present Vinnie with his prizes, then went to give the six runners up their prizes and congratulate them. Their six designs feature on the back of the card.

“Thanks to all the children who sent in designs. It was so difficult to choose my favourites and I would have been proud to have any of the designs on my Christmas card. We have some highly imaginative and talented children in Wolverhampton. I also want to thank the staff who organised their school's entries.”