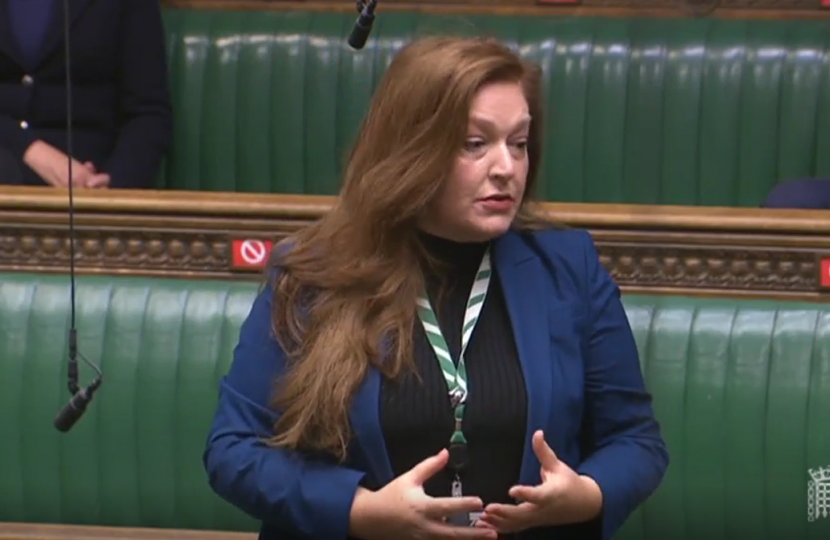 Jane Stevenson, MP for Wolverhampton North East, has called for more action to be taken against criminal gangs facilitating illegal migrant crossings across the English Channel.

Speaking in the House of Commons today (2nd September), Jane told Home Office ministers that her constituents in Wolverhampton want the illegal crossings to stop. She also urged the Government to cooperate with French authorities in preventing criminals getting access to the vessels that are used to make the crossings in the first place.

Figures have shown that more than 1,450 migrants made the crossing across the Channel from France to the UK in August alone. On 6th August, at least 235 people crossed the Channel, a record for a single day.

“What further intelligence measures can we take with our French colleagues to trace, perhaps, the vessels that are being purchased by criminal gangs? These are large vessels and surely more can be done to trace these.”

Responding on behalf of the Government, the Minister for Immigration Compliance Chris Philp MP said: “Work is underway in that area. The French authorities have clamped down a great deal on the sale of these vessels, so some of the more organised criminals now seek to procure them, not in France but in other countries elsewhere in Europe.

“Many of the migrants have now resorted to stealing boats and other vessels around northern France, and the French police are working hard to try and prevent that.”