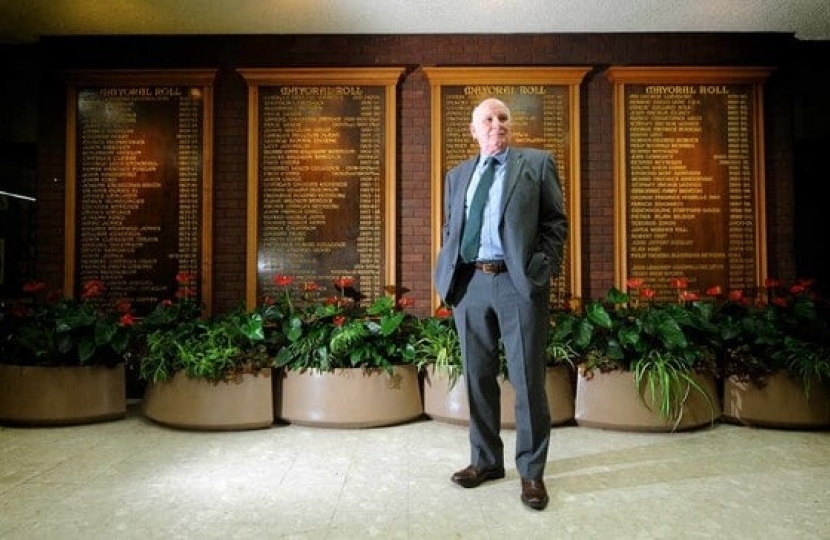 Alderman Patten was a councillor in Bushbury for almost 30 years, first elected in 1987 and standing down in 2014. From 2008 to 2010, he served as Leader of the Council when the Conservatives formed a coalition with the Liberal Democrats.

Now Jane is calling on the city council to mark the extraordinary service that Alderman Patten gave to the city. She has written to the council’s Chief Executive Tim Johnson to ask for a fitting way to pay tribute to him, possibly by naming something in Bushbury in his honour.

Jane’s request has the support of the Leader of the Conservative Group in Wolverhampton, Cllr Wendy Thompson.

Jane said: “I was immensely saddened to hear of Neville’s passing in October, and my sympathies are with Neville’s wife Pat and his whole family. There can be no doubt that Neville absolutely loved Wolverhampton and took pride in serving the local residents of Bushbury for nearly 30 years.

“As Neville was also a former leader of the council, I feel it would be appropriate for the council to permanently mark Neville’s extraordinary service in some way, and I have asked the council to look into this. There have been some interesting suggestions including naming a new road in his honour, or the nearby Bee Lane Playing Fields.

“I am sure the council can find a fitting way to pay tribute to Neville’s service to Wolverhampton.”

Cllr Thompson said: “Neville was a proud Wulfrunian and was Leader of the Council at a particularly difficult time financially for the city. He was also an avid Wolves fan and enjoyed spending time with his family.

“Everyone at the council remembers Neville’s dedication commitment to the city, and I absolutely support Jane’s call for the council mark Neville’s service in an appropriate way.”