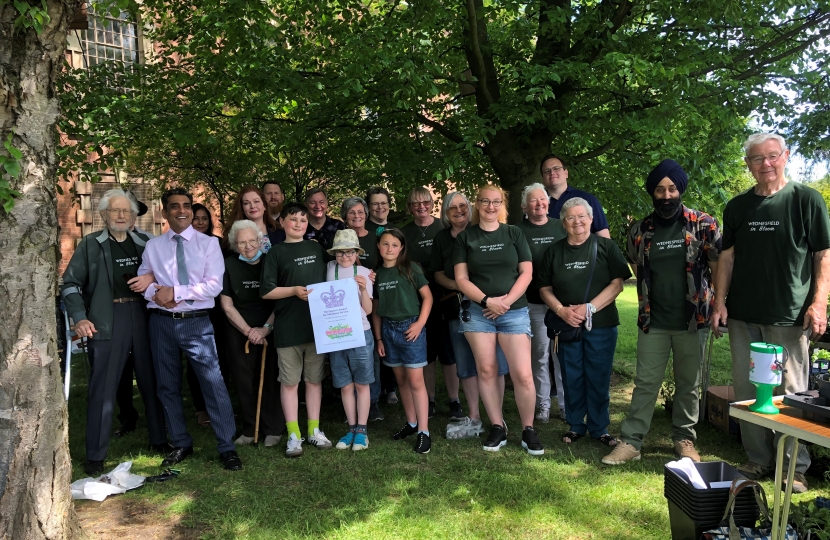 Jane Stevenson, MP for Wolverhampton North East, has congratulated three voluntary organisations in her constituency who have received a Queen’s Award for Voluntary Services.

Wednesfield in Bloom, The Well food bank and the Big Venture Centre each received the award from Her Majesty the Queen in recognition of their voluntary work throughout the pandemic.

Jane went to St Thomas’ Church in Wednesfield to congratulate the ‘Bloomers’ in person, as they began their planting sessions in the churchyard.

She said: “I want to send a massive congratulations to Wednesfield in Bloom, The Well and the Big Venture Centre – three fantastic voluntary organisations in Wolverhampton who have rightly been recognised by Her Majesty the Queen for their outstanding work.

“They have gone above and beyond to support vulnerable people during the pandemic, and I know having that support and assistance has made a real difference to many people in Wolverhampton.

“I want to thank them, and the thousands of volunteers across the city, who give so much of their time to others. I never cease to be amazed by the strong community spirit that exists in our city.”