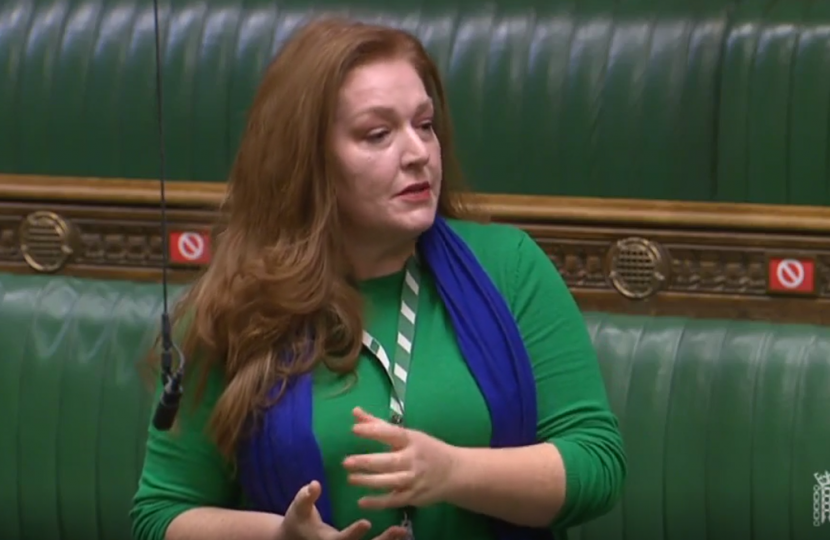 Jane Stevenson, MP for Wolverhampton North East, has once again made the case for investment in Wolverhampton as part of the Towns Fund programme, which could see millions of pounds of Government spending across the city.

Speaking in the House of Commons on Wednesday (18th November) to Communities Secretary Robert Jenrick MP, Jane urged him to make sure that proposals for Wednesfield in her constituency are included in the successful bid.

Wolverhampton is currently waiting to receive confirmation from the Ministry of Housing, Communities and Local Government that the bid from the local Towns Fund Board has been successful.

The council has already received a £1 million grant from the Government for immediate capital improvement works, and Jane has been meeting with local businesses in Wednesfield to see what they want to see the money spent on in Wednesfield.

In October, seven areas across England had their Towns Fund bids approved by the Government, worth a combined £178.7 million.

Jane said: “In Wolverhampton we have worked very constructively with MPs of both parties under a Labour-led council and local stakeholders on our really rounded bid. This policy has been met with unanimous positivity in the city of Wolverhampton, and we are anxiously awaiting the result of our bid.

“One of the elements of our bid which is very important to me is Wednesfield, in my constituency of Wolverhampton North East. It has felt ignored for a number of decades and I'd like reassurance that any money allocated to Wednesfield in this bid will be ringfenced and won't be spent in other elements of the Towns Fund bid.”

Responding to Jane’s question, Mr Jenrick said that he had been engaged in positive discussions with the Leader of Wolverhampton Council and was hopeful of a successful result for the city.

He said: “The rules of the Towns Fund allow for funding to be devoted to a project anywhere within the boundaries that are agreed, so I would encourage her or officials from Wolverhampton Council to get in touch with mine and agree whether funding can be devoted to Wednesfield. She makes a very strong case for that.

“We are working extremely productively with local councils across the country of all political persuasions. I've spoken to the Labour Leader of Wolverhampton Council a number of times over the course of the last year. I think that he and his fellow councillors of all party persuasions support the Towns Fund, have put in some very strong proposals and I look forward to a successful result.”