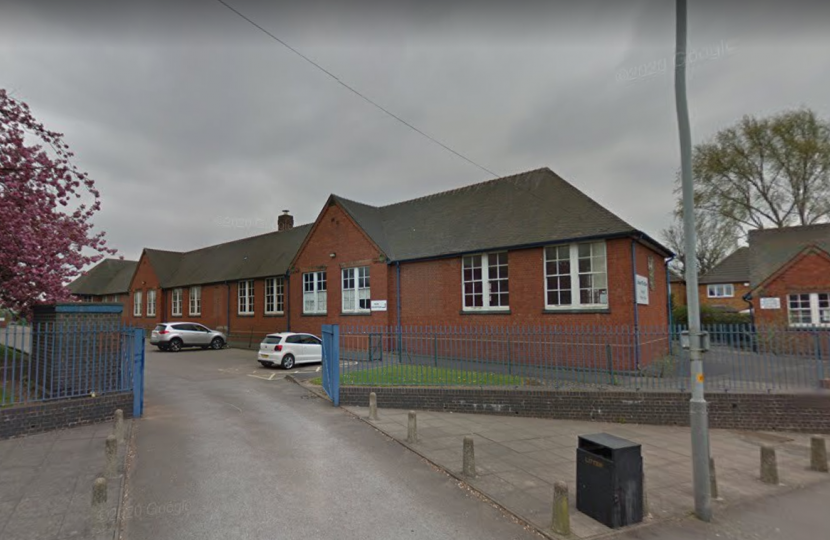 Jane Stevenson, MP for Wolverhampton North East, has welcomed plans to open a new primary school in Wednesfield next year.

Wednesfield Technology Primary School will be run by the Shireland Collegiate Academy Trust, and is expected to open in September 2022. The school will use the site of the former Edward the Elder Primary School on Lichfield Road, which is currently unoccupied.

Jane had previously contacted Wolverhampton Council to raise concerns from local residents in Wednesfield about the derelict buildings on the site, and whether a new primary school could open there.

The council, which owns the site, have been in discussions with Shireland about making the new primary school entirely carbon-neutral, using renewable energy to power the school and eco-friendly technologies to upgrade the existing buildings on the Lichfield Road site.

Jane said: “I am thrilled to see that a new primary school will be opening in Wednesfield from next September, and it is great that the derelict primary school buildings on Lichfield Road will be beautifully restored again. I know many of my constituents were sad to see the site in decline.

“This is also fantastic news for children and families in Wednesfield, where primary school places are in demand. I would like to thank Shireland Collegiate Academy Trust for taking these plans forward, and I am excited to learn that the new primary school will be carbon neutral.”