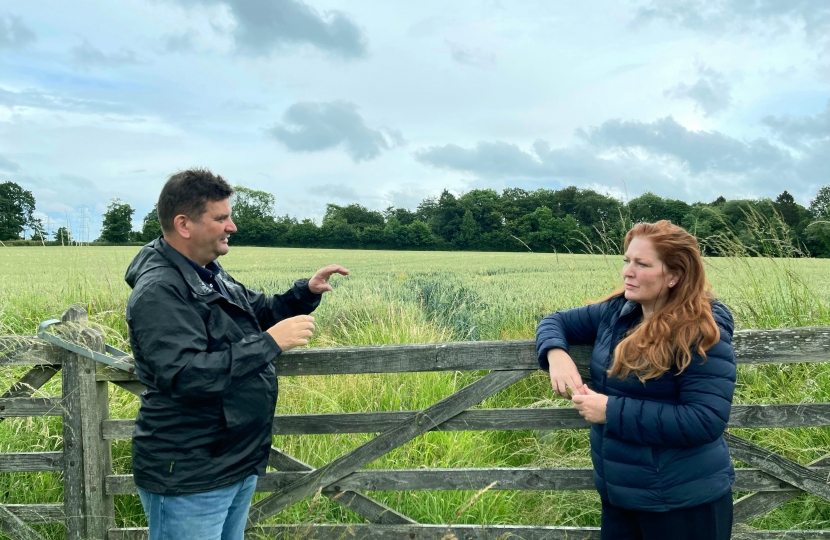 A greenbelt survey organised by Wolverhampton North East MP Jane Stevenson has generated an overwhelming response in opposition to building on several greenbelt sites in the city.

As part of the draft Black Country Plan, Wolverhampton Council has put forward greenbelt land it owns for future housing development. These include land in Bushbury next to Northycote Lane and Legs Lane – which would accommodate 532 homes – and land next to Wood Hayes Road, Belton Avenue and Sundour Crescent – which would house 303 homes.

There was also strong support for Jane’s call on Wolverhampton Council to adopt a ‘brownfield first’ policy, as the West Midlands Mayor Andy Street has done. Residents who completed the survey also agreed that the council should do much more to develop brownfield land before considering any greenbelt sites for housing.

Jane said: “The response to my survey from local residents in Wolverhampton North East has been phenomenal, and I thank everyone who has taken part. It is overwhelmingly clear that people in Wolverhampton do not want to see houses built on our precious greenbelt.

“I agree with West Midlands Mayor Andy Street in his belief that we can entirely meet our housing targets using brownfield land. Instead of choosing the easy option of carving off greenbelt land for housing, Wolverhampton Council should be considering imaginative solutions such as city centre living and bringing empty properties back into use.

“I hope that the council now listens to the feedback from local residents and removes these sites from the Black Country Plan.”

A public consultation is currently running on the proposals contained within the draft Black Country Plan. The consultation closes on 11th October, and people can respond via this link: https://blackcountryplan.dudley.gov.uk/t2/p6/.