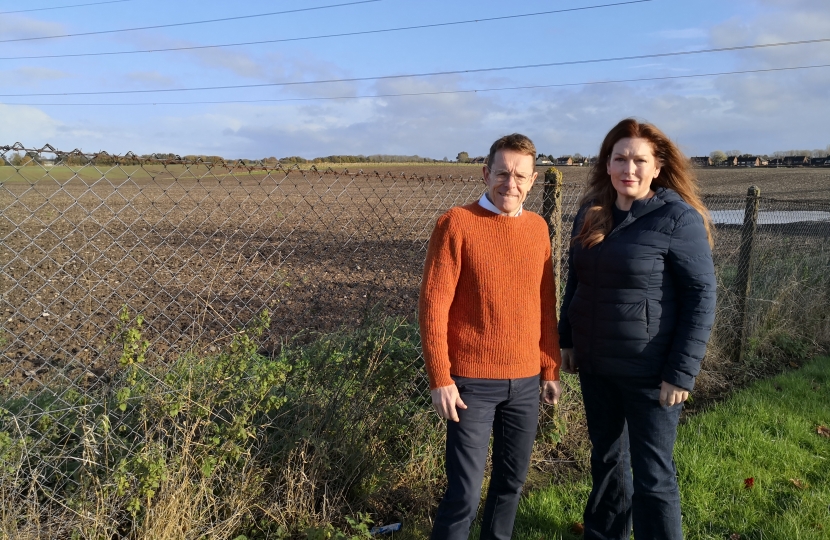 Jane wants to protect Wolverhampton's green spaces, of which there are already very few.

The Labour-led Wolverhampton Council is currently deciding where to build new homes in the city, and Jane is clear that these should not be built on top of our greenbelt.

Jane understands that we need new homes, but that doesn't mean that we need to build over the few green spaces we have in Wolverhampton. Instead, Jane believes the Council should focus on abandoned or neglected sites, known as brownfield sites. These include old and derelict industrial sites - and we have plenty of them locally.

Jane is working with the Government and the West Midlands Mayor Andy Street, who has already secured £350 million of new housing investment across the region. This money is helping to clean up old industrial sites, so they are ready for new homes.

Without this, developers normally want the quickest option. And that often means green spaces - like losing the former Northicote School Playing Fields in Bushbury, as part of wider development proposals.

So Jane wants to work with the local community as well as regional leaders to protect our city's green spaces.