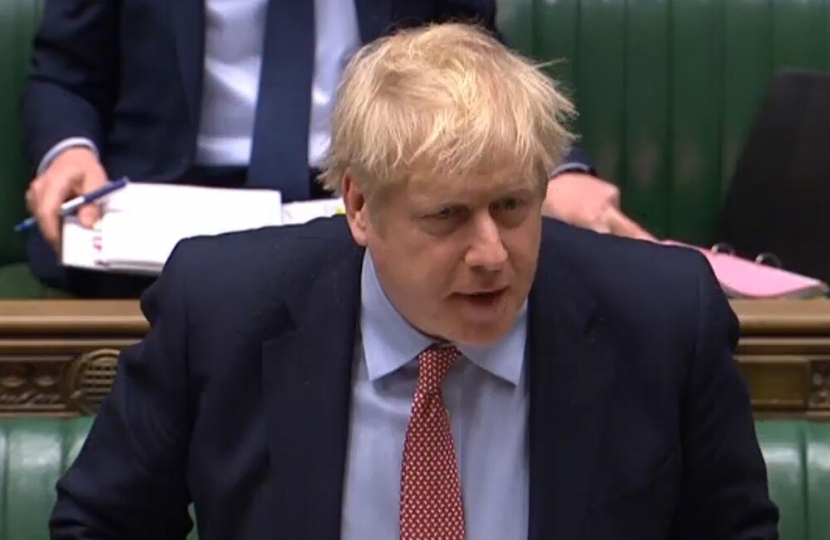 Local MP Jane Stevenson and the Prime Minister Boris Johnson have paid tribute to staff at New Cross Hospital dealing with the coronavirus outbreak in the House of Commons.

At Prime Minister’s Questions on Wednesday (25th March), the Wolverhampton North East MP asked the Prime Minister to join her in thanking NHS staff at New Cross, as well the many volunteers across Wolverhampton who have stepped forward to help their neighbours.

She also had a stern warning for people who are ignoring Government advice to stay at home, saying that their actions will cost lives.

Mr Johnson replied: “I would indeed like to thank all the staff at New Cross Hospital in Wolverhampton for everything they are doing, as I thank everybody in the NHS across the whole country.

“Just since yesterday, when we asked for volunteers to come forward, we’ve seen a huge number of people, 170,000 people, asking to volunteer to do whatever they can to support. And tens of thousands of doctors and nurses are coming back to our fantastic NHS, and I pay tribute to every one of them. Some of them are in this House of Commons.”

Wolverhampton has seen a particularly large amount of coronavirus cases compared to other parts of the country, with 69 confirmed cases and 13 deaths.

Jane has been asking for people in Wolverhampton North East who would like to volunteer to help others, to get in touch with her via email. She has also been visiting supermarkets in her constituency to ensure their shelves are stocked and the elderly and vulnerable can access the supplies they need.

The Good Samaritans, in partnership with the Royal Voluntary Service, has set up the NHS Volunteer Responders initiative, which is aiming to recruit an ‘army’ of volunteers to support the 1.5 million people identified as most at risk from the virus. Anybody who would like to volunteer can visit https://www.goodsamapp.org/NHS.