Jane champions skills for jobseekers and invites PM to city 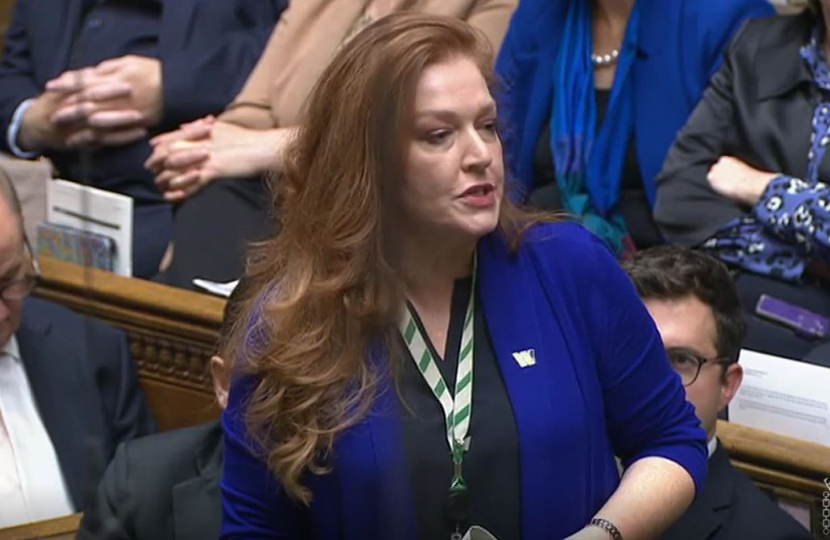 Wolverhampton North East MP Jane Stevenson has invited the Prime Minister to Wolverhampton to discuss the importance of getting unemployed jobseekers into skills and training.

In Prime Minister’s Questions on Wednesday (9th February), Jane spoke of her pride in her home city Wolverhampton being “front and centre” of the Government’s levelling up agenda. She also highlighted the work that City of Wolverhampton College is doing at its brand new Electric Vehicle and Green Technologies Training Centre at Bentley Bridge.

Jane asked the Prime Minister to join her in thanking the college, and to meet with her and Wolverhampton South West MP Stuart Anderson in the city to discuss how more jobseekers can get access to skills through organisations such as the college.

In response, the Prime Minister congratulated Jane and said she is “truly a modern day Lady Wulfruna”, referring to the 10th century figure who endowed St Peter’s Church in the city centre.

“I am very glad that since April 2020, we’ve seen 125,000 starts in the Sector-based Work Academy Programme, partly thanks to her lobbying and support.

The Prime Minister added: “Wild horses won’t keep me away from Wolverhampton.”