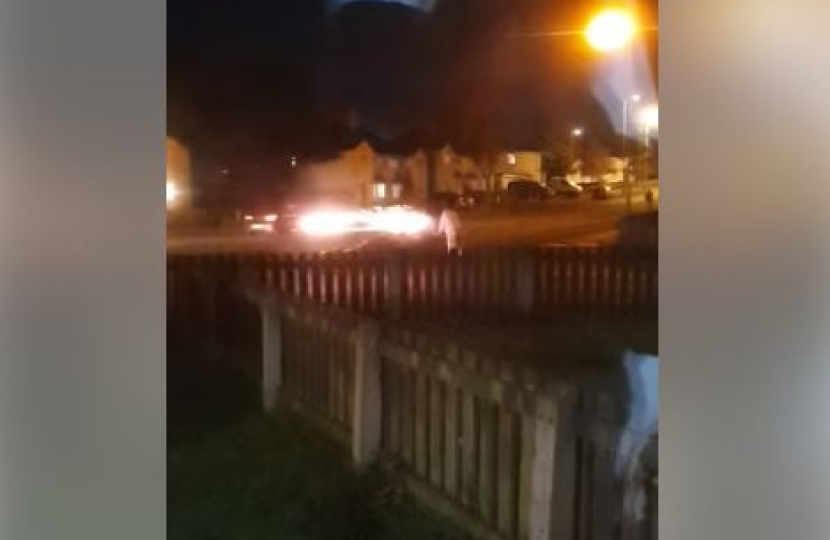 Wolverhampton North East MP Jane Stevenson has condemned youths who launched fireworks at cars and houses in Bushbury on Sunday night, describing it as “reckless and incredibly dangerous”.

Video footage emerged on Facebook of a group of young people launching fireworks at cars as they drove along Kempthorne Avenue and Bushbury Lane. They also launched them at houses.

Jane immediately contacted Wolverhampton’s Chief Superintendent to inform him of the footage, and has condemned the activity. The police have said they will increase their patrols in the Bushbury area over the next fortnight.

Due to the coronavirus pandemic, many annual bonfire nights on 5th November are cancelled. This has prompted fears that many more people will instead hold their own celebrations in private gardens or in local parks.

Jane said: “I condemn in the strongest possible terms this reckless and incredibly dangerous behaviour from a group of youths in Bushbury at the weekend. It is a miracle that nobody was seriously injured.

“Upon seeing the video footage on Facebook myself, I immediately contacted the Chief Superintendent for Wolverhampton and asked him to investigate and step up patrols in the area.

“I am concerned that as we approach 5th November, and with many annual bonfire night celebrations cancelled due to the pandemic, we are likely to see more people purchasing their own fireworks and acting dangerously with them. I would urge everyone to be vigilant and contact the police if they spot any behaviour which puts the public in danger.”