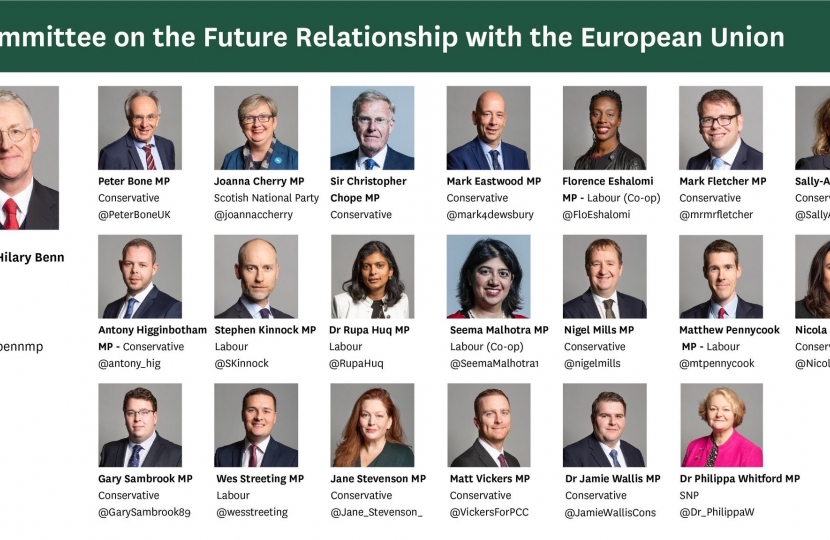 The Exiting the European Union Committee will play a key role over the next few months scrutinising the Government’s negotiations with the EU before the transition period ends on December 31st.

Ms Stevenson, who campaigned to leave the EU, pledged to speak up for her constituents and ensure that Britain is finally able to set its own laws and control immigration from the beginning of 2021.

She said: “I am absolutely delighted to have been elected to the Brexit Select Committee, which will have a pivotal role to play in the coming months.

“Now that we have finally left the European Union, with the support of a large majority of my constituents, the next step is to make sure that the transition period ends on 31st December and that the UK can finally set its own laws and immigration policies.

“Many people in Wolverhampton have links to places all over the world, including India, the West Indies and Africa. So it’s important to me that people from inside and outside the EU are treated equally.

“I look forward to scrutinising ministers and officials to ensure that the negotiations with the EU conclude at the end of the year.”