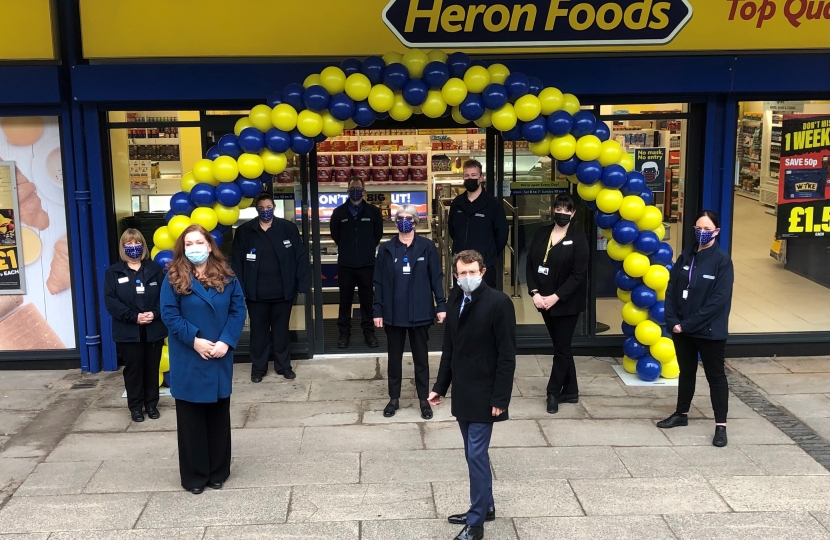 The Heron Foods store on Marsh Lane Parade opened its doors at 8am on Thursday (25th March), and Jane and Andy were there to meet the new team and officially open the store.

The discount retailer has around 300 stores across the country, and last year it bucked the industry trend by opening 20 new stores.

Jane said: “It’s fantastic to see a new shop opening at Marsh Lane Parade, particularly during such a challenging economic situation. This is a popular shopping area with children from nearby schools also using it, so the addition of a new supermarket will be very welcome.

“I want to thank the store manager Andy and his team for getting the store up and running. The shopping parade and the Three Tuns area is in need of improvements, and I am working with local stakeholders to achieve this.”

Mayor Andy Street said: “I was delighted to join the local MP Jane Stevenson in officially opening the new Heron Foods store. It’s wonderful to see this happening, and I’m sure it will be popular with shoppers from the area.

“As we build back after the pandemic, I will be working with Jane and others to do everything we can to support our local shops and businesses in Wolverhampton and the West Midlands.”